Safe Driving with a Dashcam

Your drivers might be certain that they had a full view of the road, but there are still times when key information or aspects are missed in an accident. Safe driving by having a dashcam installed on your vehicle could be the answer to settling insurance disputes and claims.

It might seem a silly question to ask but what’s a dashcam?

A dashcam is a small camera mounted on the dashboard or windscreen of your car, facing the road. You can also have a rear dash cam too. It turns on when you start the engine and records your entire journey. Dashcam videos can be timestamped in a way that’s tamper-proof, making them a great source of evidence for any kind of road incident.

Some dashcams even include a parking mode, which starts recording whenever an impact is detected. How many times has something happened to your car when its parked and someone knocks a wing mirror or hits your car and doesn’t leave a note, you’ll have a better chance of finding out who’s responsible for the damage. 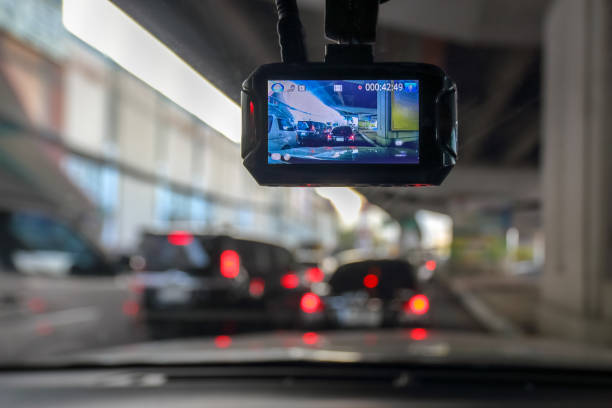 There are 3 main types of dashcams:

Why you should install a dashcam?

You’ve seen them on the news, and crime programmes and some of the footage even go viral on social media. And they’re becoming increasingly popular with motorists in the UK.

Recent research estimated that around a quarter of the UK’s drivers now have a dashcam fitted in their car and submit 35 plus dashcam videos to police every day (What Car 29.11.20)

The police already use dash cam videos in their cars, and the footage they record is often taken as evidence when prosecuting bad or dangerous drivers.

Yes, they’re legal on UK roads. You don’t need a licence or any other requirements to use a dash cam.

However, you mustn’t install the dashcam where it blocks your view. If you have an accident and it’s found that your dash cam distracted you or obscured your vision, you could be blamed for the accident.

Also, you have a legal duty to let passengers know if your business vehicle is fitted with a cabin view camera. For example, if you’re a taxi driver or share a company car, and you use your car for family errands. Plus most dash cams record sound and some can video record the inside of a vehicle. If someone else who has use of your car isn’t told they’re being recorded, you’re in breach of privacy laws.

Many car accidents aren’t clear-cut. If there’s any doubt over fault and if it’s your word against theirs, footage recorded by a dashcam can help to resolve the dispute. If the footage proves the other party was at fault, you may not have to pay your excess, or if you’ve already paid, your excess may be reimbursed.

Interest in dash cams is growing quickly in the UK. In a recent poll of AA Members

Can I use dashcam videos in an insurance claim?

Dash cam footage is now accepted by a growing number of insurers as evidence in claims. Research shows that two-thirds of drivers (67%) are happy for insurers to collect driving data if it means better evidence in accident cases.

The footage can also help police better tackle problems like road rage or texting at the wheel. It’s easier to report and prove there’s been an incident when there’s a clear image of the registration plate in question.

Is safe driving even possible without Dash Cams?

With one in five vehicles now fitted with a dash cam, motorists are being warned to ‘drive like they’re being filmed’ every time they get behind the wheel. And with many people sending footage of motoring offences to the police every day, the chances of being reported for an offence captured on a dash cam are now higher than ever.

The warning came during National Dash Cam Day, which takes each year, from dashcam video analysis experts at not-for-profit company Road Safety Support, who regularly examine video footage for police forces for use in legal proceedings.

Dash cam footage can be used to prosecute for a range of offences, including speeding, dangerous or careless driving and driving while using a mobile phone, and has even been used as evidence in murder cases.

This warning is backed up by figures released in August 2022 by leading dash cam manufacturer, Nextbase, which show that over 57,000 video clips of dangerous driving have been sent to its online National Dash Cam Safety Portal (NDCSP) since 2018. And of those, 70% were used as evidence to punish offenders. Road users can also submit their footage directly to individual forces, so this number is likely to be far greater.

Every day on the UK’s roads, a staggering five people die and more than 60 are seriously injured, on average. Dashcams now have such an important role to play in deterring poor driving practice, and road crime and in bringing offenders to justice. They act as a powerful deterrent against speeding and inappropriate and dangerous driving and they provide valuable resources to support overstretched traffic police.

Choosing the right solution used to be a simple matter of this one or that one however, with the extensive range of products and array of features it is prudent to seek advice on your requirements to ensure you have the best possible solution.

We covered an array of different dashcam options so here are some links to models that reflect the features mentioned, click on the links below for more information:

Front and Back View Dashcams

We have years of knowledge within our team and bring the best line of direct support to you. Offering in-house technical support on most cameras, connected & hard drive product groups, plus direct support from all our other manufacturers and vendors.

Let us help you make the right decision with your Dashcam requirements For further information contact us at info@dal-tec.com or call us on 020 8515 7820 to talk through your requirements.

Safe Driving with a Dashcam

Your drivers might be certain that they had a full view of the road, but there are still times when…
Read Article
Dash Cams

New Product ALERT! Daltec is delighted to be launching its latest addition to the Virtus Fleet family of Dashcams in…
Read Article

Sign Up To Our Special Offers And Latest News